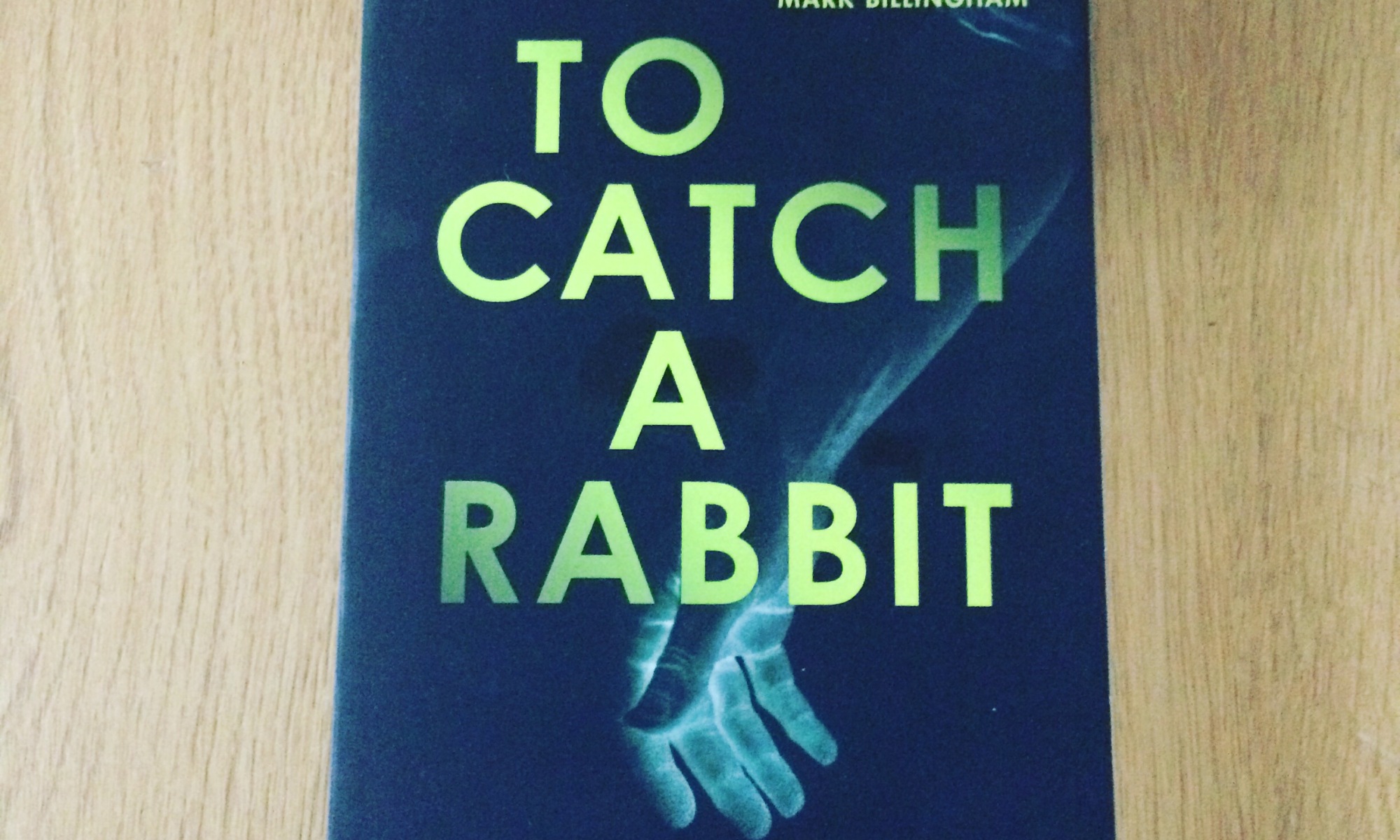 As the second full week of January draws to a close, I have just finished my second book of the year so far (meaning that I’m currently on schedule) with my reading challenge (52 books in a year, if you need reminding!).

I’m sure a pattern will emerge as I tell you that To Catch A Rabbit, by Helen Cadbury is yet another thriller/crime book. I just love this genre!

The book is about a PCSO (police community support officer) who gets involved in a human trafficking case – sort of by accident. He basically takes the investigation into his own hands and helps to solve it in the end.

Now, this book wasn’t bad, but it didn’t grip me either. I was a hundred pages into the book and I still hadn’t made my mind up about it – I wasn’t sure I liked any of the characters enough to keep reading. I did find it quite challenging to push through for this reason, but the story itself was intriguing enough that I carried on anyway.

It turns out, the story got less and less interesting as I continued. I’m sorry to say it, but the whole thing did feel a little bit predictable – and it all slotted together too perfectly at the end. I know, I know, I complain when it doesn’t all tie up and I sort of complain when it does too. I think I just wanted more out of it – I definitely wanted more mystery too.

The PCSO, Sean, was a bit too flimsy for me. I couldn’t engage with him like I wanted to, which meant the whole thing just felt a bit flat. In my opinion, there was too much focus on how everything would fit together and make sense at the end and not enough focus on character building. That said, there was one character, a woman named Karen, who definitely felt a bit more plausible than the rest. She was basically the only person who seemed to genuinely care about what was going on in the story.

Each twist in the novel was kind of given away before I had the chance to be surprised, which was the biggest disappointment for me. There’s no real ‘guess who’ here, it’s more about telling the story behind it, I think.

With all the criticisms I have for the book, I think I would still read the next in the series. Partially, this is because Cadbury has some promise – room to grow isn’t a bad thing! The rest of me wants to get to know Sean a bit more, keep trying to engage and see where it takes me.