This time last week, I was wandering through Fowey, Cornwall. It was early enough that the harbour wasn’t full of tourists yet, and the sun was warm on our backs as we climbed through some of the narrowest, steepest streets I’ve ever seen. Despite a little hard work (I’m clearly not the fittest person on the planet – but my Fitbit did track 58 flights of stairs and 13,248 steps!) I really enjoyed exploring Cornwall. I’ve never been a big fan of “staycations” – they’re often just as expensive as flying abroad and the weather is almost certainly going to be better in Spain, right? However, the three nights I spent in this beautiful part of the UK has swayed my opinion a little. 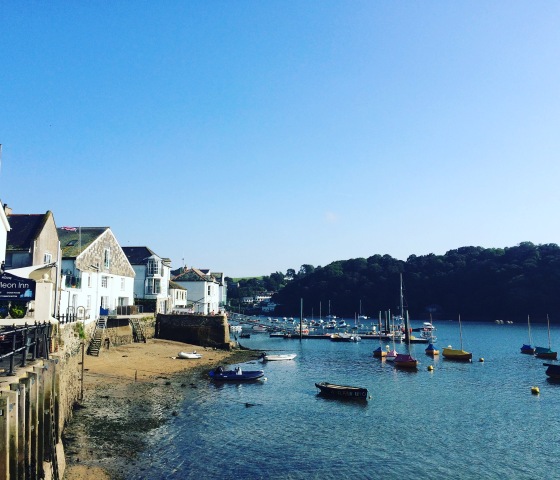 You might have guessed by now that the highlight of my trip was my visit to Fowey, but it makes more sense to start the tale of my travels from the beginning. I’ll skip through the 4 hours of driving through torrential rain (with a stop for expensive motorway petrol and a Papa John’s pizza) and get straight to the part where we arrived at our first destination: a camping facility in Par.

Last year, Joseph and I stayed in a hut in Tewkesbury. We really enjoyed it (a step up from tents for sure!) and so we were really excited to do it again when we were given a gift voucher to stay in a hut for two nights. But not just any hut, a Hobbit hut! We prepped ourselves for no electricity and the possibility of not-so-decent showering by booking a third night at a hotel in Devon (Tesco Clubcard vouchers – talk about a cheap holiday!). 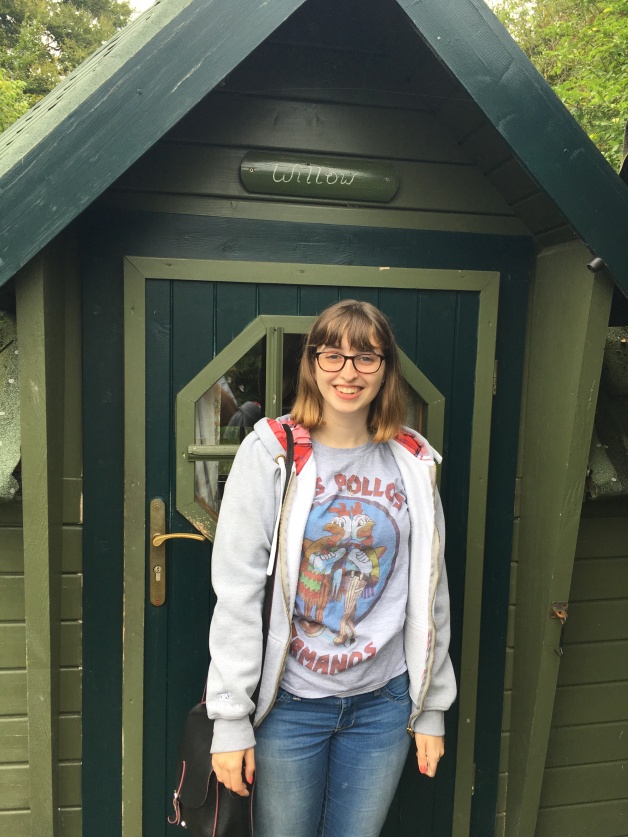 We arrived on Tuesday afternoon to mild weather, it appeared that all the rain we had driven through to get there had managed to miss where we were staying. It was a good thing too, as we ended up hiking around the place to find the owners and get “checked in”. Shortly after that we decided to go on our first adventure: ASDA.

Ok, so not exactly the most touristy of places, but we stocked up on the all-important Rekorderlig Ciders and miniature whisky bottles and even the food we were going to cook on the stove that night. We then decided we’d cook the food the next night and explore a little bit. So second stop, Charlestown Harbour.

We found a great little pub right by the sea and had our first truly relaxed moment of the trip. After food, we walked around, took an awful selfie and a few nicer pictures of the scenery. There is something so peaceful about listening to the sea on a quiet night, I felt myself falling in love with Cornwall. (How fitting, on International Peace Day)

Despite a rainy night, we woke up bright and early on Wednesday morning and got ourselves to Fowey. The aforementioned walk was followed by breakfast on the harbour (during which, a bird stole my pain-au-chocolat. I was too afraid to swat it away, turns out beaks are frightening up close!). We wrote postcards, bought fudge and had a look in the aquarium. It was tiny but full of interesting fish (and crabs. I really don’t like crabs, they’re like deformed spiders). I saw this shell collection there too, which was totally cool and perfect for hipster instagramming purposes obviously.

We then took a boat across the water to Polruan, where we found even steeper and narrower roads. We walked right through to the remains of an old castle, which provided an excellent view and reminded me that being somewhere high isn’t exactly my idea of fun. Nevertheless, the views were worth it. Another pub lunch later, we headed back to the car for the next adventure: a brewery tour. 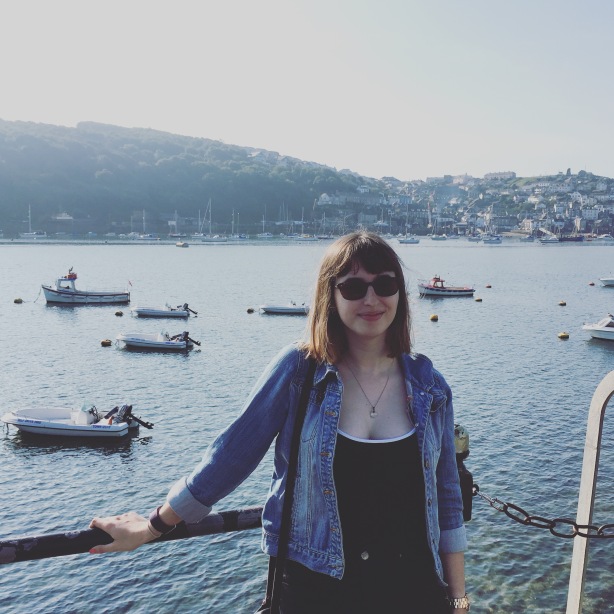 Being known for my extremely sweet tooth, I’m not a particularly big fan of beer. But the tour at St Austell Brewery was genuinely really interesting. I may not like the taste, but I appreciate the work that goes into its creation. Our tour guide was full of fun facts. For example, ‘Mind your ps and qs’ comes from ‘pints and quarts’, the serving amounts for beer back in the day – I think it was something to do with if fights kicked off, the landlords would shout that out to the patrons.

We were back in Par for a sculpting class on Wednesday evening. There was a yoga deck at the camp site, so we got to watch the sun set as we carved into thermalite blocks and created our very own “masterpieces”. We went for simple designs, mainly because we were lacking much inspiration for anything else in the short time we were given!

When it came to dinner, we got lazy again and decided we’d rather explore somewhere else than cook dinner on a stove – such bad campers! We drove to Mevagissey and walked through the streets until we found The Sharksfin. The food was delicious and there was such a lovely atmosphere.

Our final stop in Cornwall was the Bodmin and Wenford Steam Railway on Thursday. We took a diesel train to various stops on the line, went for a walk and afternoon tea at the Camel Trail Tea Rooms near Boscarne Junction and then hopped on the steam train for a full 13-mile circuit of the track. It was pretty cool bearing witness to such history.

In Devon, we met with a close friend from University and ate tapas at this place called Olive. It was amazing, both company-wise and food-wise! Sadly we didn’t have a lot of time to see Devon the following day, but I have a feeling we’ll be returning! If for nothing else, that tapas place was incredible!

If you know anywhere worth going that we didn’t manage to squeeze in, let me know and I’ll add it to my list for next time!

7 Replies to “An Adventure in Cornwall”